From simple to complex,  CoImmune® researchers connect the dots through the science of multi-color flow cytometry. Detection of cell surface molecules combined with intra cellular staining for function as defined by the expression of cytokines can reveal the immunological status pre and post treatment. A consistent and reproducible method for determining phenotype and function starts with optimized reagents and panels. You can choose an established panel design or a customized one to better suit your needs. Samples are acquired using a BD Bioscience LSRII Special Order System capable of detecting up to 18 different colors. Objective gating strategies depend on correct identification of antibody-fluorochrome negative cells. Traditionally, this is achieved employing a ‘fluorescence minus one’ FMO strategy. During the development of the multi-color panel below, it was obvious that ‘unstained cells’ could not be used as a representative negative control. Fluorochrome-conjugated isotype control antibodies may be considered an alternative to an FMO. However, different antibody clones show variable activity concerning non-specific binding to cells. Therefore, a background set using an isotype control may not represent the non-specific binding of the test antibody, itself derived from a different antibody clone.

To circumvent this inadequacy, a blocking strategy is used whereby purified unconjugated antibody is added to the sample first, and then stained with the conjugated form. In repeated analysis, this method routinely allows accurate setting of negative control gates that are more efficient than either using FMOs or isotype controls. However, an isotype control is needed to set the background for CD107a staining, as CD107a antibody or its control must be present during the culture period.

Data from flow cytometric analyses are often reported as percentage of a population bearing that phenotype or function. However, percentage only describes the relative distribution of cells in the sample. An increase or decrease in percentage in the population of interest may be influenced by changes in what is considered the irrelevant cells in the population under analysis. As part of the monitoring process, we acquire data using BD TruCOUNT™ counting beads to determine the absolute frequency of cells per milliliter of culture, as opposed to describing their relative distribution by percentage. In addition, data can be influenced by sample size and event count. BD TruCOUNT™ allows normalization between samples, thereby providing for more accurate sample-to-sample comparisons. 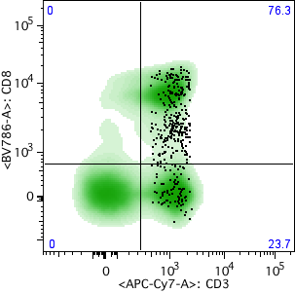 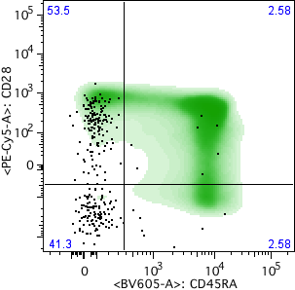 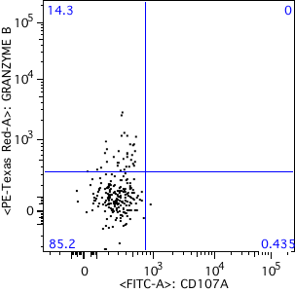 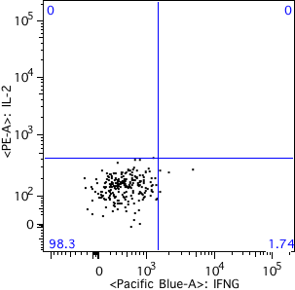 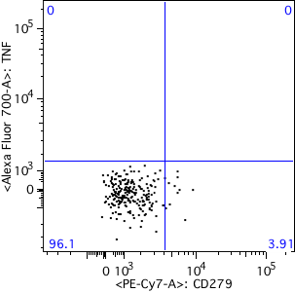 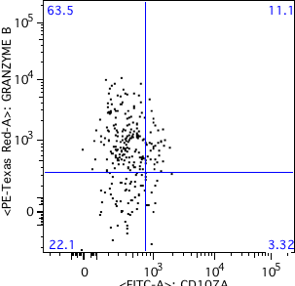 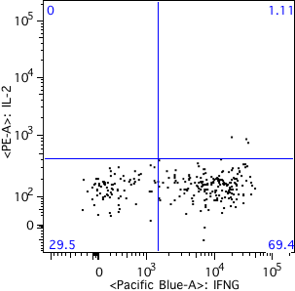 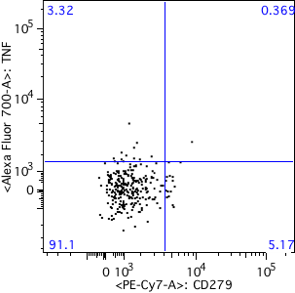